My first Trans-Atlantic S2S QSO Party, in November 2020, was so much fun I was sure to try again. When the first Saturday of November was announced for the 2021 event, I quickly put it on my calendar and hoped for decent weather. I got my wish. The forecast called for clear and comfortable.

A couple of days ahead, I posted an alert for W1/NL-010 (Parker Mountain) at 1330 UTC. At 1,410 feet, this peak doesn't offer much elevation advantage, but it's only a half-hour drive from home and I had not yet activated it this year.

I hadn't even reached the trailhead by 1300 (9 a.m local), but I was close enough by then to stop at a roadside high point for a quick photo of my destination. I pulled into a parking lot, popped out of the car, greeted the camo-uniformed soldier who was happening by, and got my landscape shot. I was just about to pull away when a steady stream of yellow-ribboned cadets poured out of the white-trimmed brick building that serves as a National Guard Training Center. I'm guessing they were staging on their way to a nearby training exercise. 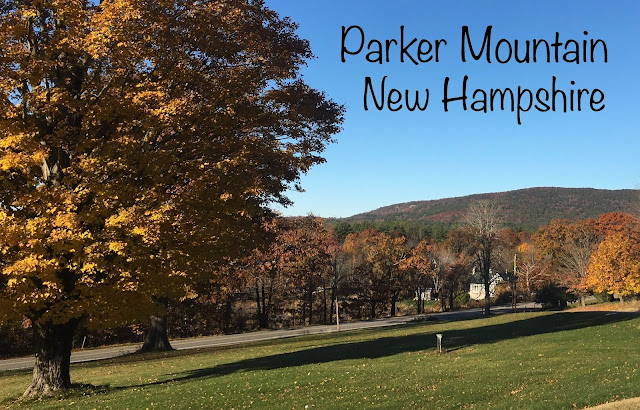 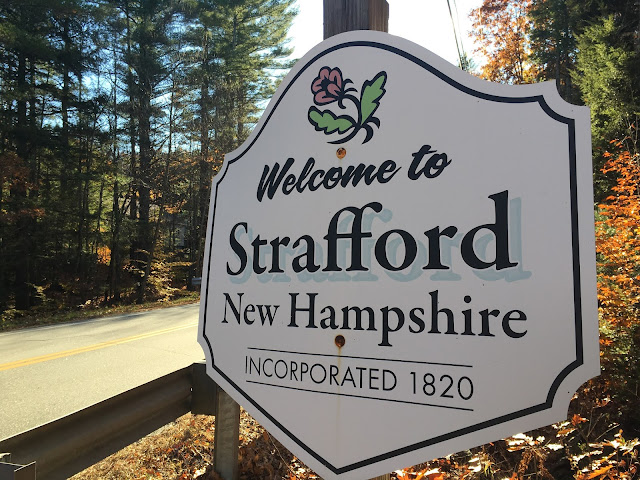 The climb started mostly level then steepened enough that I stopped more than once for breath. Despite an overnight that went to subzero-C, seeps were flowing and I saw no ice. The woods were full of yellow and brown, with foliage well past peak. I scattered juncos twice and occasionally heard a nuthatch or chickadee, but overall it was quiet on the 40-minute climb. Along the way I grabbed one of the geocaches I missed on my last visit. 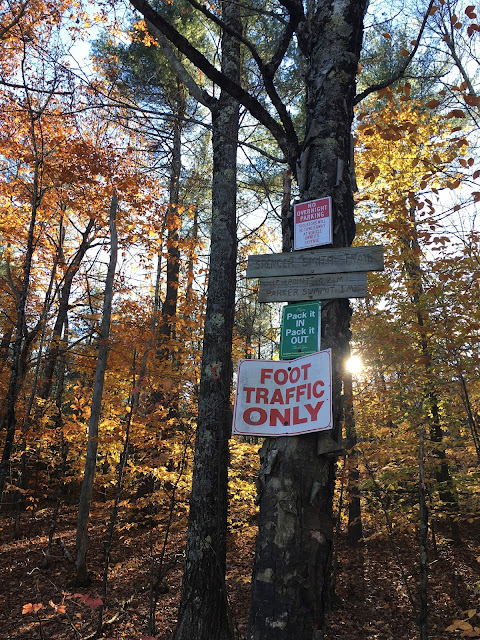 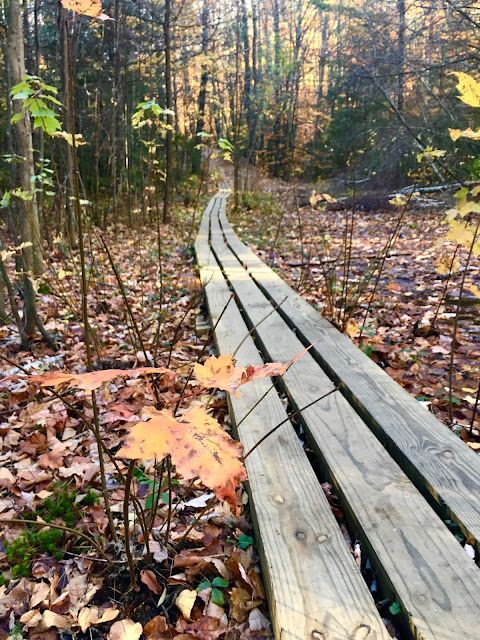 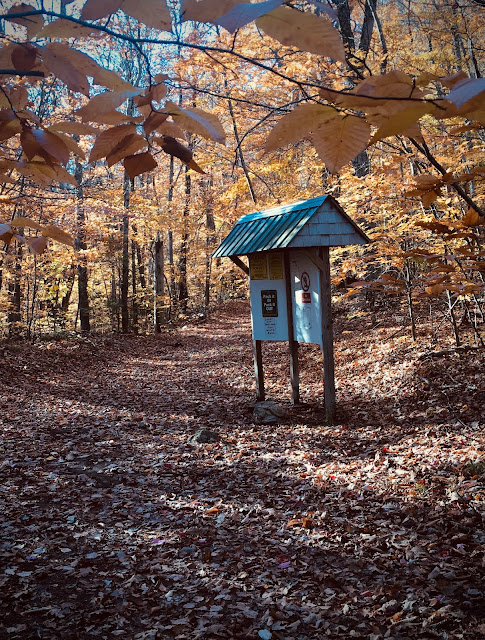 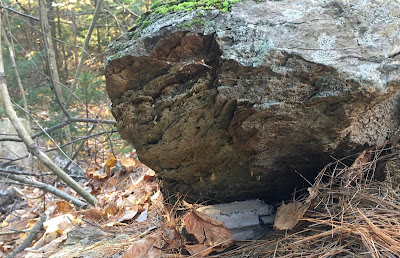 Up top I wasted no time getting wires unwound. I found a tree to elevate my 20-foot crappie pole and tied off two radials. The tuner relays in my trusty K1 clicked about twice to reach a 1.1:1 SWR and I started listening at 14:30 zulu. Tuning up from 14.060, I promptly heard Fredi, FM/HB9BHU/P, and we exchanged 559s for my first trans-Atlantic summit-to-summit contact of the day. I had been imagining Europe, but hey, it was all ocean between me and Martinique!

I pounced on DL4FO/P and N6AN then called CQ. It was slow going; with so many summits on the air, I think chasers were distracted. I did myself no favors by forgetting I had RIT on for a while, so I think I missed a couple of callers who I thought were chasing others. 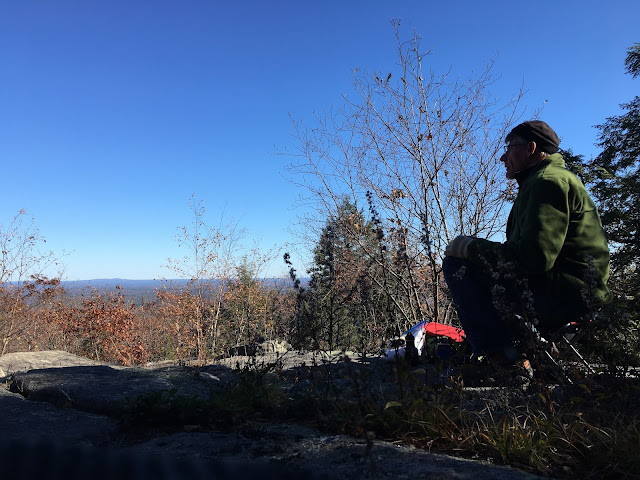 On the way back down, I took an off-trail detour to another geocache. Descending the ledges, stepping between boulders strewn with newly fallen leaves, was a little worrying, but I made it safely down and quickly found the cache and the plane crash it memorializes.

Back home, I pieced this much together (bearing in mind Internet unreliability): Seventy-five years ago, in early May 1946, a Grumman G-21 Goose piloted by Robert C. Johns and carrying Leslie Louis LeVeque and his wife Elsa Will LeVeque crashed into Mount Parker during a rainstorm, killing all three. They may have been en route between Portland, Maine, and Columbus, Ohio, where LeVeque was a consequential real estate developer (his company was involved with an amusement park, bowling lanes, and an apartment complex on the banks of the Olentangy River). Just prior to his death, LeVeque had invested with a partner in what is today LeVeque Tower, an art deco skyscraper that, when completed in 1927, was the tallest building in Columbus and fifth tallest building in the world. When word got out the LeVeques may have had a box of jewels aboard the ill-fated plane, locals flocked to the crash site—but they discovered none. Apparently the box was in a hotel-room safe in New York. 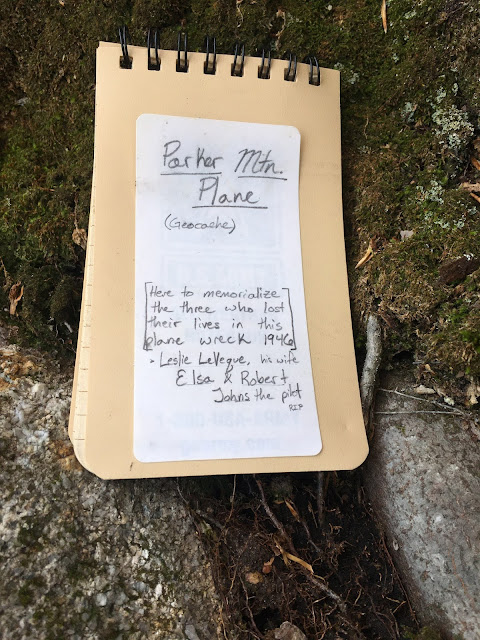 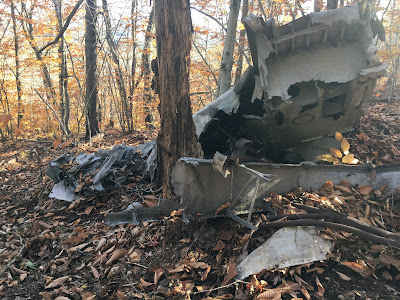 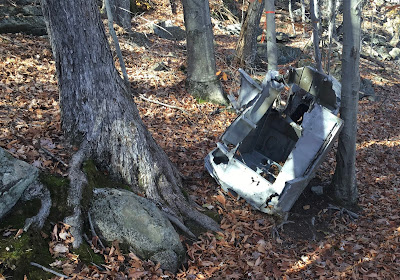 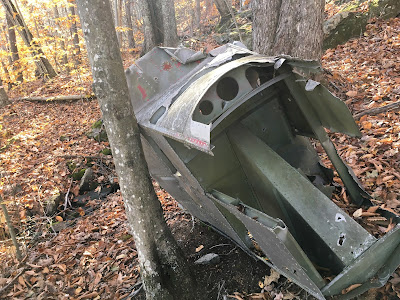 To get back to the car, I decided to climb back up the ledges gradually at an angle, hoping to reconnect with the trail below its steepest part. While ascending I encountered a lovely wildflower somehow still in bloom. Now that I have discovered its name, Corydalis sempervirens, I'll think of it as another memorial to those lost in the crash (semper virens = always flourishing, always green). 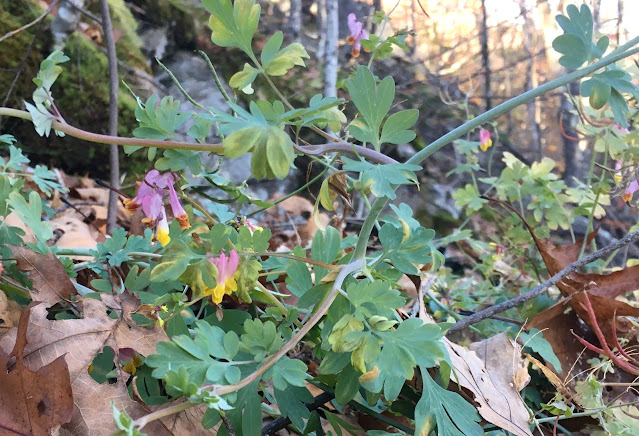 On the location... The Spencer Smith Trail is within the Strafford Town Forest (PDF). The area is also the ancestral and present-day homeland of the Abenaki, Pennacook, and Wabanaki people.

On the crash... If anyone has a copy of the Biddeford Daily Journal from May 7, 1946, it looks like a photo of the wreckage is on the front page. A search for contemporary accounts from southern New Hampshire and Columbus could make interesting reading.

On geocaching along the Spencer Smith Trail... 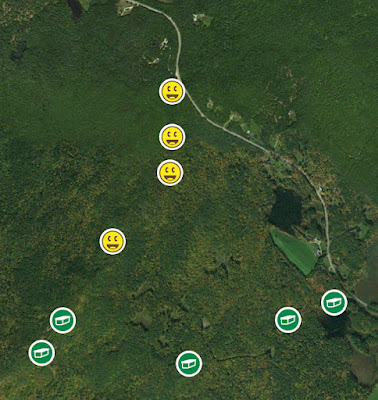 AMSAT Looks for an Easy-Sat Answer

Posted October 03, 2021
For at least two decades, most radio amateurs getting involved with satellite communications have started on the "easy sats," FM birds that simplify hams' first forays into space. During this time, four satellites produced by AMSAT North America have been wildly popular. Two of them, AO-51 (2004-2011) and AO-85 (2015-2020), are now defunct. The others, AO-91 (2017- ) and AO-92 (2018- ), are limping toward their demise. While a few other FM satellites remain operational, and FM repeater operations are sometimes scheduled from the International Space Station, AMSAT-NA recently acknowledged it should have a role in repopulating the easy-sat stage.   AO-51, launched in 2004, was operational for more than 7 years. Photo: VE4NSA. In its 2021-2035 Strategic Plan , AMSAT committed to developing, deploying, and supporting a series of cubesats to operate in low Earth orbit (LEO). And in the July/August Apogee View , President Robert Bankston, KE4AL, prioritized options for meet
Post a Comment
Read more

Posted September 19, 2021
For a combination QRP Afield / New Hampshire QSO Party / SOTA excursion, I went to Pine Mountain ( W1/NL-022 ) in Alton, Belknap County, New Hampshire, a 45-minute drive. The summit is within the Evelyn H. & Albert D. Morse, Sr. Preserve , a property of the Society for the Protection of New Hampshire Forests.  Google delivered me to the non-preferred parking place, which is a narrow, gravel roadside sloping to a ditch. I was the only one there. I walked the Mary Jane Morse Greenwood Trail, 1.2 kilometers and "strenuous" per SPNHF, with tall weeds and waist-high saplings in its center. Going up, I counted 7 monarchs, 1 woman, and 1 dog. The "Do Not Block Gate" sign is just to the right of this one. Monarch migration is under way. I counted 7 on the hike up and viewed others from the summit. My one roadblock was easy to overcome. Up top, I was surprised to find more people — a hawk watcher and two others. Since there hadn't been any other cars alo
Post a Comment
Read more