The Peregrine and the Waning Gibbous 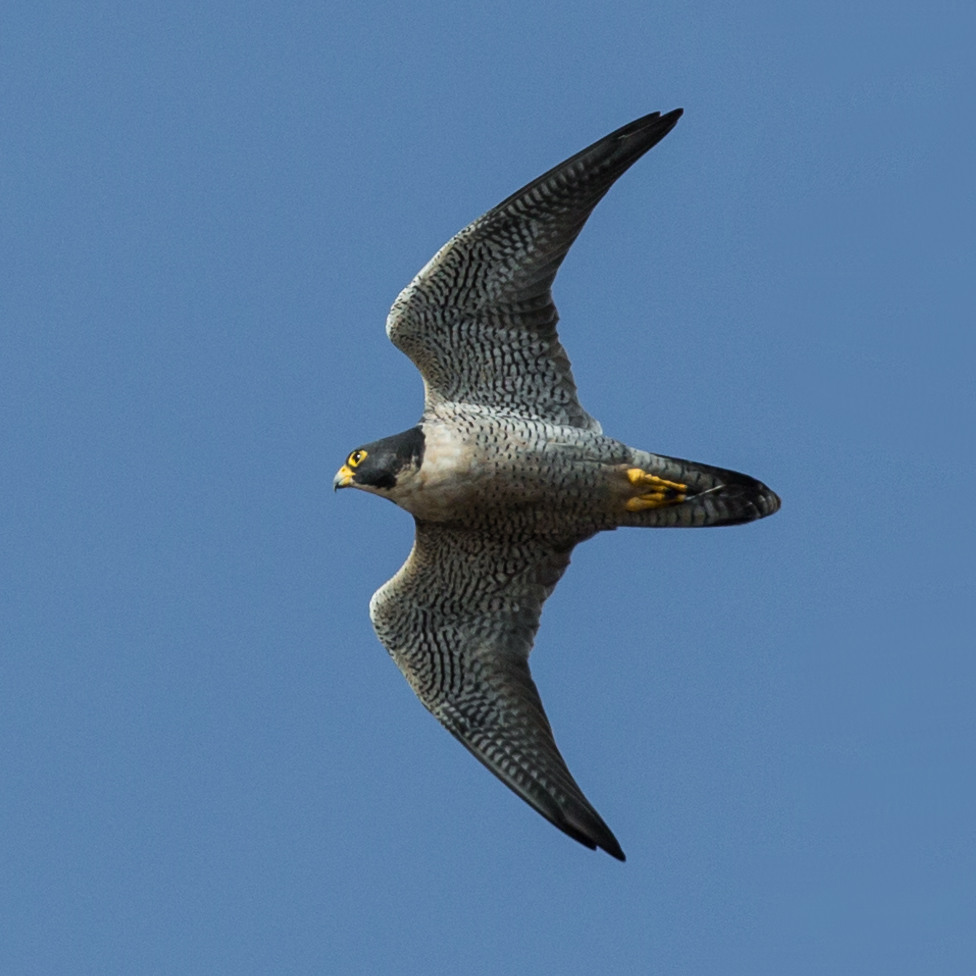 I kept my #ebird365 streak alive on Sunday morning by committing an hour to window watching. I gave most of my attention to the windows facing the feeders, alternating between the kitchen and the dining room to get good angles at all six feeders. As usual, the birds came in waves. Cardinals peaked at six, house sparrows at eight. Juncos, trees, white-throats, and chickadees were in and out in low numbers. Finches took stations when they saw openings, then stayed put. Jays roved at will, usually causing a stir wherever they went. A composed dove sat still, blending right into the dried grass where snow had receded.

On occasion, I went to the far end of the house, where a second-floor glass slider opens to a view of a broad back yard. My scans for movement in the bare branches of our looming maple revealed a downy, but not much more. By opening the door and poking my head into the cold, birding by ear, I added more jays, cardinals, and a crow.

On my last foray to the loft, I stepped up to the glass and spied a songbird flying across my view, silhouetted and quick. It was beyond reach too soon, but as I straightened my sightline, I saw another bird on the same path as the first. This one was much larger, fusiform, and beating long, tapered wings. A falcon. I managed to lift binoculars just as it passed and caught its black mask and white breast. A peregrine. With its strong and steady flight, the bird rapidly moved away.

At the improved angle, I studied the exiting rarity. I've never had such a leisurely posterior view. Against the clear blue sky, the peregrine's rolling quiver of a wingbeat was transfixing. As I kept it in binocular view, my bird entered the luminous semicircle of the setting moon for a second or two. An awesome intersection.

Happenstance is so rewarding. Hope in having the usuals punctuated by an unexpected is a potent force behind my birding. After the fact, dwelling on the surprise keeps the excitement alive.

This time, I went to Hawks in Flight to reinforce my ID and was moved by how Dunne, Sibley & Sutton described the flight of a peregrine falcon:

"The wing beat is fluid, rhythmic, elastic, and whiplike. The flap... seems to roll down the long wing in undulating pulses."

Photo: Falco peregrinus at Morro_Bay,_California by Mike Baird CC BY 2.0