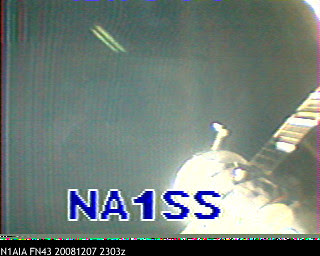 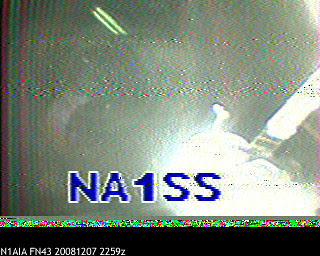 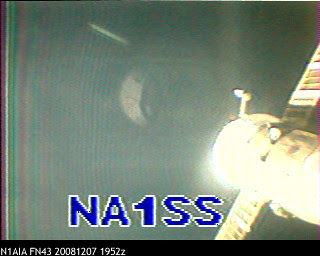 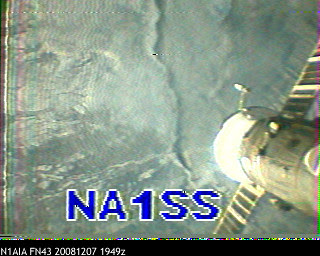 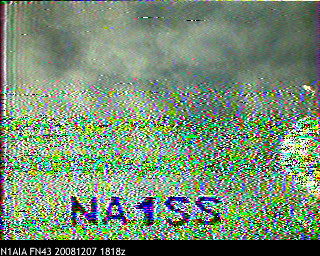 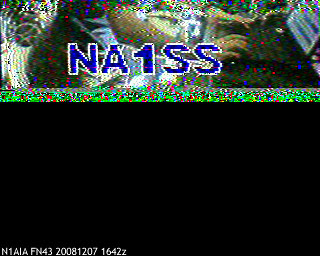 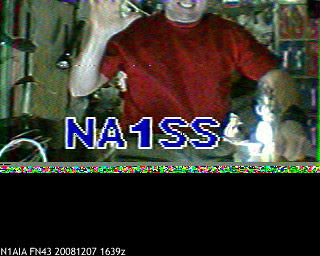 A few weeks earlier (October 2008), space tourist Richard Garriott was aboard the space station. In addition to making lots of contacts with Earthbound hams, he sent many SSTV transmissions and I was able to copy these. The final one, which I attempted in early morning darkness on his last ISS day, says "Goodbye From Space - From Richard Garriott". 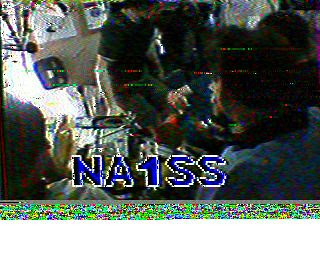 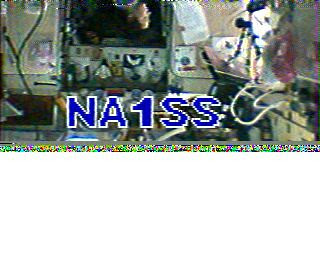 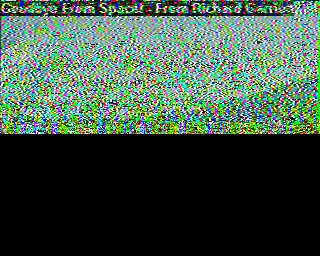 All these images were recorded using an Arrow antenna feeding a Vertex-Standard VX-150 2-meter handheld transceiver and a Sony voice recorder. The recordings were later played back through MMSSTV to acquire images, which were then labeled using Photoshop.

This series was originally posted as individual nodes in Drupal, but with the demise of that website have been moved to Flickr and collected in this single post.